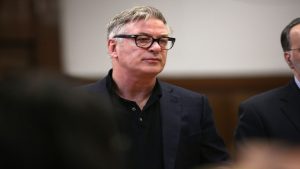 The actor Alec Baldwin has been prominently featured in news stories recently for having shot and killed the producer on the film set where he was filming. A horrible thing happened, and surely Mr. Baldwin never intended to shoot anyone.

But this brings about the question as to whether the producer’s family may sue Mr. Baldwin for wrongful death in the killing of their loved one.

Wrongful death claims are brought against individuals who have caused someone’s death, either through negligence, or intentionally. These claims allow the estate or those close to the deceased to file a lawsuit against the party who is legally responsible for the death.

How you make a wrongful death claim varies depending upon a state’s statues. In some cases, a decedent’ s next of kin may be allowed to bring the cause of action on their own behalf as a result of damages suffered after a death. Your attorney will advise you on how you should proceed with such a case.

Some states allow family members to bring a cause of action on the decedent’s behalf. These statues are called “survival acts”, and are put in place to preserve the rights of the deceased at the time of death. Some states allow both types of actions to be brought as claims.

If you or a family member are the victim of a catastrophic personal injury, you are entitled to be compensated for the damage done as well as future medical costs. Your compensation may also include past medical bills, potential income loss and incidental costs caused by the accident, pain and suffering.

The statute of limitations on filing such a case vary from state to state. As a general rule, the claim must be filed within two years of the incident that caused the wrongful death. However, in certain cases, the statute of limitations may be as short as one year. And there are sometimes special considerations when there is a minor child involved.