Who Gets The Family Pet? 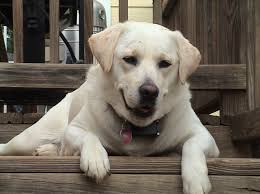 It’s a tough question to answer when your pet is a beloved family member and you are going through a divorce. It’s made even tougher because the courts consider Fido as property, the same as your coffee maker or end table.

Tom and Jennifer Peterson had been married for ten years when their marriage began to crumble. They are the parents of two children ages 5 and 7, and the family has raised their beloved three-year old Labrador, Goose, since puppyhood.

Due to the increasing number of pet custody cases, many judges are beginning to look at ways to help them make the best decision about where the family pet should live after a divorce.

Some states have awarded shared custody, and visitation after reviewing testimony from the parties as well as experts regarding what’s in the pets’ long-term interest.

Tom and Jennifer were smart and worked with a mediator to help work through their divorce. In so doing, they were asked to look at some tips to help guide them through the question: Where will Goose live?

This matters because some pets don’t do well with big changes in their surroundings. They feel the stress just like the humans going through the turmoil of divorce.

Who gets custody of the children?

In the Peterson’s case, Jennifer is going to have custody of their two children because Tom’s job requires a lot of travel. Because you want to do everything you can to ease children through a divorce, leaving the family pet with them is the best choice. So, Goose will live with Jennifer and the children.

Other issues to be considered include:

It is important to negotiate a signed and dated agreement with your soon-to-be-ex before or during the divorce to avoid the headache of filing expensive paper work after the divorce is final.