When an Accident Becomes a Murder Charge 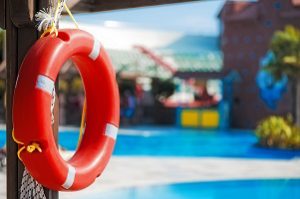 This is a sad case of child neglect, but it begs the question – why were the children not removed from the home? There had apparently been several incidences before little 2-year old Monika’s death, and yet she and her 3-year old brother remained in the custody of their parents.

Her parents, James and Amber Johnson are now charged with second degree murder, involuntary manslaughter and child abuse. A Detroit judge set their bond at $1-million, each.

Here is what happened. Around 10:30 one morning Monika Rose and her brother left their house, wandered over to a neighbor’s yard and climbed the chain-link fence. There was an above-ground pool in the neighbor’s yard, and little Monika climbed the ladder and got into the water.

The neighbor discovered her a bit later. She was unresponsive when paramedics arrived, and she died a short while later at the hospital. Her 3-year old brother was unharmed.

Where were the parents of these toddlers? It turns out that James and Amber were fast asleep in bed. How the children were able to let themselves out of the house is another question. Initially, Monika’s death was ruled an accidental drowning.

At the arraignment, the judge informed the Johnson’s that in spite of the supposed accidental drowning, there is probable cause “to believe the charges against you are proper”. So now, what appeared to be a tragic accident has turned into a crime.

Police say that there were other incidents leading up to the drowning that contributed to the decision to charge the parents with murder. Recently, the children had been found wandering the streets of the neighborhood without any supervision.

Apparently, a week before the drowning, the parents had been charged with misdemeanors for contributing to the delinquency of a minor.

Now, their parental rights have been terminated. Now that a 2-year old baby is dead, authorities step in and do what probably should have been done long before.

What do you think should happen to these parents? Should their parental rights have been terminated after prior child endangerment issues or is this simply a tragic accident?

If you are in need of a lawyer, please consult our Online Legal Directory to find an attorney in your area.