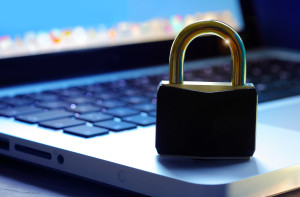 You’ll probably remember the huge Target data breach of 2013. Details of more than 40 million credit and debit accounts were exposed, which took a big chunk out of the retailer’s holiday sales that year. To this day, I think twice before using a card at my local Target.

Now, Target has proposed to pay $10 million to settle a class-action lawsuit brought by those who went through the nightmare. According to the proposal made by the Minnesota based company, individuals affected could receive as much as $10-thousand each.

Target Corp. has fought hard to regain customers’ trust; they’ve offered free credit monitoring for those clients affected. The company has also overhauled its security systems. They have recently changed other policies including free shipping charges for purchases of more than $25, instead of $50. And just this week Target says it will allow customers to return items for up to a year on its exclusive and private brands.

Still, the company has taken a hit. Target earlier this month announced the layoff of 1700 employees and the elimination of another 1400 unfilled positions. All of this in an attempt to cut up to $2-billion in costs.

The proposed settlement will also require the company to appoint a chief information security officer, and to offer security training to its employees. Apparently, Target had weak processes to monitor data security because the proposal also requires the retail giant to put into place a monitoring procedure.

According to court documents filed in Minnesota, the funds for reimbursements will be kept in an interest-bearing escrow account. The company will have a dedicated website where claims will be submitted and processed.

A court hearing for the proposed settlement is set for Thursday in Minneapolis. Were you a victim of the Target data breach? If so, you may be getting a $10-thousand dollar settlement. Let us know!