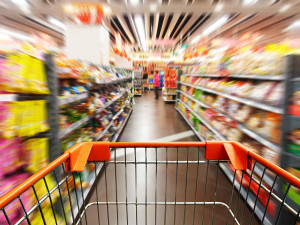 February 13, 2015; Blue Bell Creameries in Brenham, Texas is alerted that listeria bacteria were found in its products. Blue Bell immediately moves to have suspected products pulled from shelves, most of them institutional.

It is a month later and at least three people have died after eating Blue Bell ice cream. This has prompted the Texas icon’s first product recall in its 108-year history.

Thus far, five people in Kansas have developed listeriosis after eating products that came from the creamery in Brenham, Texas.

The interesting thing is that according to the Centers for Disease Control and Prevention, all five of the people affected were being treated at the Kansas hospital for entirely unrelated issues before developing listeriosis. This led the CDC to say that, ‘this strongly suggests that their infections (with listeria) were acquired in the hospital.’

Of the five, information was obtained on four patients as to what they ate in the month before the infection. All four had consumed milkshakes made with Blue Bell Scoops while in the hospital. Scoops is not made for consumer purchase, but is used by food services, such as the one in the hospital.

The CDC says that listeria specimens taken from four of the five patients matched strains isolated from Blue Bell products obtained this year in South Carolina and Texas. Once the bacteria were discovered, the Wichita hospital removed all Blue Bell products from all of its hospital locations.

The contamination has been traced to a machine that makes the ice cream into forms that are put onto ice cream cookies. The machine remains off line, according to Paul Cruse, CEO of the Brenham creamery.

But here is the scary part – from the CDC, ‘Contaminated ice cream products may still be in the freezers of consumers, institutions, and retailers, given that these products have a shelf life of up to two years.

The CDC recommends that consumers not eat products removed from the market by Blue Bell Creameries. So you may want to check your freezers just to be safe.

Whoever thought that eating something as All-American as ice cream could be deadly?