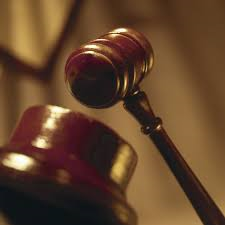 Officials never told a criminal when to report to serve his sentence. Does he still have to do the time many years later?

John Carmichael was doing well for himself. He was married with three beautiful children and a golden retriever. His construction business was becoming very successful. He and his brother started the business together, and they had worked very hard to build a clientele during the past seven years.

One morning he was having coffee with his wife, in the house that he had built, when there was a loud bang on the front door. He opened it to find himself face-to-face with a team of U.S. marshals. His heart sank because he knew exactly why they were there.

Nearly 14 years ago, John and his best friend had robbed a convenience store at gunpoint. It happened just around closing time and the store cameras got a good shot of John and his buddy. They were found guilty in 2000, and sentenced to 13 years in jail for armed robbery.

His attorney filed an appeal. The appeals court affirmed his conviction as did the state’s Supreme Court. The judge ordered that a warrant would be immediately issued for Carmichael’s arrest. Only it wasn’t.

As time passed and no one showed up to arrest him, John continued with his life. He married and had a child. He divorced, and then remarried. He started building his company; he owned real estate and paid taxes. He even kept his driver’s license current – all signs of being a good, upstanding citizen. During this time, he never used an alias, always going by his real name.

It was only when the state began to process his release papers that they realized that, due to a clerical error, John had never been incarcerated.

The state’s attorney general claimed that Carmichael had taken advantage of the system, and maintained that he should have to serve his entire sentence.

What do you think? Should John Carmichael be required to serve his 13 year sentence, or even a part of it?