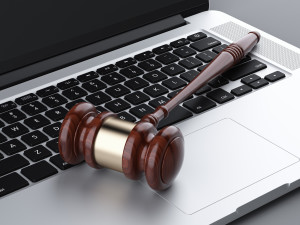 You hear it discussed a lot – social media is going to be the ruin of society. There’s plenty of proof that Twitter, Facebook, Instagram, et al, are steering teens down the wrong path; you probably have your own stories to tell.

What began as a Facebook argument between some teenagers has ended in death for a 14-year old Birmingham, Alabama girl. Keirra’onna Rice and a group of girls apparently had taunted and threatened each other on Facebook. This latest argument began about three weeks ago, according to authorities.

After fighting on the social network, the group agreed to fight on Friday night in a nearby park. One of the participants was going to film the fight, and it was to be posted online. The girls who had agreed to the fight showed up at the park, but about halfway through their battle, two shots were fired into the group of girls.

It is reported that two shooters opened fire on the gang of girls, though at this time there is no evidence that the shooting was planned. Keirra’onna lost her life that night; two others were seriously wounded.

According to Birmingham Police Lt. Sean Edwards, the two shooters “took it upon themselves to fire recklessly into a crowd.” Two males, aged 17 and 19, were captured at the scene and arrested as suspects in the shooting. The two were identified by eyewitnesses, though their identities have yet to be released.

Investigators say they believe that one of the suspects was dating a girl that Keirra’onna and others were planning on fighting after the ongoing Facebook argument.

So, we are left to wonder, what may have happened if Facebook or any other social medium had not been available to these girls. Would they have been able to talk trash to each other on the playground where it could have been settled on the spot? Perhaps, talking face-to-face would have de-escalated the tension instead of letting it build like the inside of a pressure cooker.

Sadly, in this case, we will never know. What we do know is that Facebook was the medium these girls used to perpetuate what ended as a deadly fight.

What are your thoughts about teens on Facebook? Do you monitor your child’s activity on social media, and do you ever feel like you’re fighting a losing battle? Share with us your experiences.