Sorting Out a Multi-Vehicle Accident 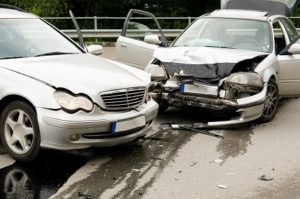