Snapchat and the Law 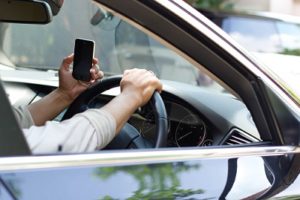 Distracted driving stories, sadly, are still making news. In many municipalities and states it is illegal to text and drive, and in some states, it is illegal to use your cell phone at all while driving.

A Georgia woman is now facing multiple charges after crashing her car into another car while using the Snapchat app. Christal McGee, 19, was allegedly using the app when she crashed her Mercedes into another car critically injuring the other driver, Wentworth Maynard.

Maynard spent weeks in a coma, and is left with brain damage. On the day of the accident, roads were wet, and authorities say that in addition to allegedly using her phone while driving, McGee also was speeding.

According to a lawsuit filed by Maynard and his wife, McGee was using the app’s speed filter, which allows users to gauge how fast they are going. In court records, McGee admits to going 90 mph, but denies using Snapchat at the time of the crash.

Passengers in McGee’s car say that she was using the app and trying to reach 100 mph when she crashed into the Maynard’s car. McGee is now charged with felony serious injury by vehicle, among other charges.

The Snapchat app discourages the use of the speed filter while driving by including a warning message when you first use it. However, it does make you wonder why in the world such a feature is even available if not for use by someone driving a vehicle.

Snapchat’s contention is that its Activity Log demonstrates that McGee was not using the speed filter at the time of or immediately prior to the collision. The lawsuit claims that Snapchat is aware of previous accidents caused by people using the app while driving at high speeds.

Still, the company has refused to remove the speed filter from the app.

Tell us what you think.

If you have legal questions, please consult our Online Legal Directory to find an attorney where you live.