Paxton Family Files Wrongful Death Suit: Do They Have a Case? 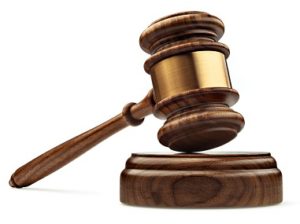 The family of late actor, Bill Paxton, has filed a wrongful death suit after the actor died last year at the age of 61. Paxton had undergone open heart surgery just eleven days before he passed.

Paxton was born with a congenital heart disease known as bicuspid aortic valve; however, his official cause of death was listed as a stroke. The family is suing world-renowned heart surgeon, Dr. Ali Khoynezhad and Cedars-Sinai Medical Center in Los Angeles.

The suit alleges that Khoynezhad performed a “maverick” operation on Paxton, but did not properly inform the family of the potential dangers before the surgery. The suit also claims that the family later learned that the procedure was not necessary.

Paxton was a beloved actor who starred in such mega-hits as Apollo 13 and Titanic. He also starred in the long-running HBO hit, Big Love. He had the operation on February 14, 2017 and immediately developed complications. He died eleven days later.

Shortly after his death, Dr. Khoynezhad stepped down from his position as a surgeon as Cedars.

“We are pursuing accountability and justice from a physician and a hospital that failed to adequately failed to protect Mr. Paxton,” family lawyer, Steve Heimberg said in a press release.

According to the lawsuit, both the hospital and the doctor failed to explain the risks of a minimally invasive surgery on aortic aneurism. Paxton had been diagnosed with the valve problem and an aortic aneurism.

The birth defect valve issue is not considered life-threatening. However, the aneurism is a bulge in a section of the aorta. It is considered potentially deadly, which is why the doctor recommended Paxton undergo the surgery.

The lawsuit also alleges that Dr. Khoynezhad “lacked experience and/or expertise in performing the procedure as a minimally invasive surgery”, which is allegedly how it was presented to the family. The suit states that the hospital and Khoynezhad performed the surgery to enhance their own reputations.