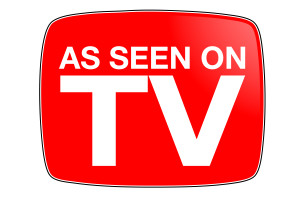 Just a couple of years ago, commercials for Snuggies were everywhere; you couldn’t change the channel without seeing an ad. The adult-sized fleece blankets with arms were guaranteed to keep you warm on the coldest of nights.

You could get one for only $19.95, and ultimately, the company, Allstar Marketing Group, ran a two-for-one special. You buy one at the regular price and you get a second one at no charge. That was the plan, but consumers got robbed according to the Federal Trade Commission who has ordered the company to pay $8-million to settle charges that it deceived consumers.

The FTC says that customers believed they would be getting two $19.95 products for less than $10 each, but the company padded the bill by adding process and handling fees which brought totals to $35.85. You can imagine this did not sit well with consumers. Why do companies do this to customers?

The Snuggies were not the only scam that Allstar ran. The company represents several “as seen on TV” products including The Perfect Bacon Bowl and Perfect Brownie Pans. One customer complained of ordering two brownie pans for $19.95 but being charged $105 for six pans.

Allstar will pay $7.5 million to the FTC to create a fund for customer refunds. The other $500,000 will be paid to the New York attorney general’s office for court costs, penalties and other fees.

Allstar fleeced its customers, and now is paying for so doing. The company is based in Hawthorne, New York, and is a direct sales company.  An Allstar rep says the company was not aware that it was breaking the law, (Yeah, right) and vows in the future to be clearer about pricing.

Have you ever ordered a Snuggie or a Brownie Pan or another “as-seen-on-TV” product? What is your experience with your purchase?  You know – you may be eligible for a refund!