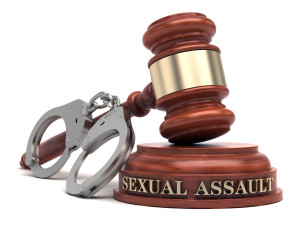 A 45-year old black man, James D. Kirk was accused of lewd conduct with a 17-year old girl, and sexual battery of a 13-year old girl.

Kirk, in 2013 was convicted of the two charges and sentenced to 20 years in prison. The two white girls were among a group of four girls who had run away from a group home.

The defense team argued that there was no physical evidence of the attacks because police had not collected anything from the hotel room where the incident was alleged to have occurred.

Here is where Dixie comes into play. The prosecutor, Erica Kallin, in her closing argument, apparently improvised a bit. A part of the closing included lyrics from the song, which many feel is an anthem to the confederate, when slavery was still legal.

The spokesman for the D.A.’s office said that Kallin didn’t mean to invoke race. Instead, she was improvising because Kirk’s attorney had already told the jury what Kallin was about to say in her standard closing.

The State Appellate Public Defender’s office asked the Appeals court to overturn the conviction because if even one juror was prejudiced against Kirk, it could have affected the verdict.

The Appellate court sided with Kirk saying that there was no evidence of the jury having been affected, but ‘the risk of prejudice to a defendant is magnified where the case is as sensitive as this one, involving alleged sexual molestation of minors.’

The conviction was overturned and kicked back to Canyon County, Idaho for another prosecution. The county is waiting to see whether the attorney general’s office will appeal the opinion to the state’s Supreme Court.

Is this a far stretch, or was the conviction rightly overturned?