Is Your Baby Monitor Spying on You? 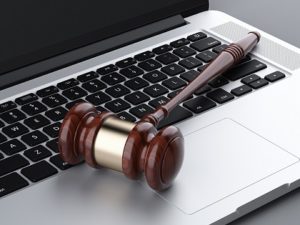 Any new mom and dad will tell you that becoming parents can be overwhelming. Sure, there are plenty of things to help make your life easier as you navigate the crib and diaper changer, but, still, it is a lot.

So imagine the shock of a South Carolina woman when she discovered that her baby monitor was spying on her. Jamie Summit used a Fredi baby monitor to help her keep an eye on her new baby. She often breast fed him on her bed, near the baby’s crib.

Jamie says she bought the Fredi monitor off of Amazon after she and her husband read that it could be used with wi-fi and and the camera could be controlled via a phone app. The 24-year old says this made her feel more comfortable and able to keep a close eye on her new baby.

Then, one day last week, the Charleston, South Carolina woman says she noticed something very strange. She was sitting in her living room and decided to check on her son. This is when she saw that the camera had moved and relocated itself right over her bed. She says when it discovered that she wasn’t breast-feeding, it moved back to hover over the crib where her baby was sleeping.

At first, Summit says she thought it was her husband checking on the baby from his work desk. However, when she later asked him, he told her that he had not even signed on to the app that day.

“I feel so violated. This person has watched me day in and day out in the most personal moments between my son and I,” she said.

The young couple, immediately concerned, emailed and phoned the company that made the monitor only to get an out-of-service response. They also called police, who told them there was nothing they could do.

This is one very personal story of hacking. The couple is telling their story in hopes of warning other young parents to be careful when using a wi-fi baby monitor.