Is Mississippi’s Attorney General Attempting to Censor the Internet? 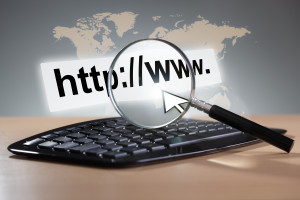 The search giant, Google, believes so and has filed suit in federal court in Jackson, Mississippi. The suit seeks to block a probe by Mississippi attorney general, Jim Hood, alleging he is overstepping his bounds where federal law is concerned.

Google’s attorneys maintain that Congress has protected internet service providers from state regulations for displaying content or information created by a third party.

Hood, for the past year-and-a-half has been threatening to sue, investigate and prosecute Google unless it agrees to block from its search engine, YouTube and other third-party content. For instance, videos and ads not created by Google, and anything that Hood finds objectionable.

That really sounds like censorship, and how does the state’s attorney general, in this case Jim Hood, have the power or right to decide what is or is not objectionable?

However, Hood’s case may have some teeth. He wrote in a letter to Google that “overwhelming evidence shows that Google facilitates and profits from numerous illegal online activities ranging from piracy to illegal drug sales and human trafficking.”

Google says that the Communications Decency Act of 1996, which regulates internet publishers and search engines and other federal law are meant to prevent lawsuits such as the one filed by Hood.

Hood and 45 other state attorneys general have agreed, in a letter to Congressional leaders that “federal law prevents state and local law enforcement agencies from prosecuting” internet platforms.

Google’s lawsuit seeks a temporary restraining order preventing further action by Hood.  Did Google call his bluff? Maybe, because just this week Hood released a statement saying that, “I am calling a timeout, so that cooler heads may prevail.” He says he will be reaching out to Google attorneys and board of directors to attempt a peaceful resolution.

A subpoena served in October to Google asserts that Google is violating the Mississippi Consumer Protection Act. Unless the temporary restraining order is granted, Google’s responses are due in January.

Censorship? What say you?