Is It Illegal to Grow a Vegetable Garden in Your Front Yard? 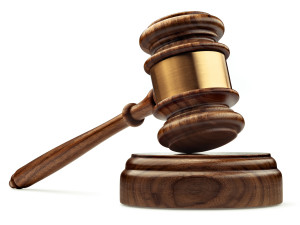 A Florida couple is searching for the answer to that question. For nearly twenty years, Hermine Ricketts and her husband Tom Carroll have had an enormous garden at their Miami Shores Village home. The garden is in their front yard because their backyard is too shady to produce much of anything.

This couple grows everything from lettuce and onions to 12 difference varieties of cabbage. They grow about half of the food they need every year and save hundreds of dollars at the grocery store. Ricketts tends to the massive garden every day, weeding, planting and pruning. It is a big job.

All was well at their home and garden until the day they received a notice from a Village official. The notice stated that a vegetable garden in the front yard was prohibited and needed to be removed. “Vegetable gardens are permitted in rear yards only,” the statement read.

Knowing that nothing would grow in the backyard, the couple decided to ignore the warning, which code had only been in effect for less than two months. The new zoning code had been adopted by the elected officials of the Village Council for aesthetic purposes. They were then warned that if they did not remove the garden, they would be fined $50 a day.

Ricketts and Carrol filed a complaint saying that the ban violated their constitutional rights, which in Florida says that everyone may grow food for their own sustenance. The Village counter-claimed that the ordinance does not infringe on a resident’s rights to grow a garden but merely regulates the location.

A Miami-Dade Circuit Court judge ruled in favor of the Villages stating that the zoning regulations are “a legitimate government purpose”. A Florida appeals court upheld the ruling and the couple is now taking their case to their case to the state Supreme Court.

What do you think? Should the government be involved in what we put in our front yards?