If You Own a Volkswagen, Your Money is on the Way 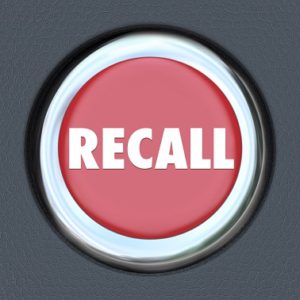 Volkswagen, in a historic $15-billion settlement, is paying out $10-thousand per car, plus the estimated value of the vehicle as of September 2015.

Last September, Volkswagen admitted that it had used sophisticated software to evade emissions requirements in nearly 11-million vehicles world-wide. The settlement covers buy-back, fixing and compensation for around a half million cars bought in the United States between 2009 and 2015.

The German auto maker will either buy back or repair the affected vehicles as part of the deal in the emissions-cheating scandal. The settlement also includes $5-billion for environmental mitigation and research on zero-emissions technology.

This is the largest automobile scandal settlement in U. S. history. It is a damning black mark on Volkswagen, which is attempting to address the legal fallout.

The Volkswagens that are affected are those with 2-litre diesel engines. $10-billion of the settlement is set aside to compensate each owner with an additional payment of between $5,100 and $10,000. Owners will receive the same compensation if they choose to have their vehicle repaired.

There is a time limit for Volkswagen to complete all buy-backs or repairs, and if they don’t meet the deadline by 2019, the diesel offset fund could increase. The proposed settlement will go to court in July, and it will require a judge’s approval before it can go into effect.

VW owners may choose to accept the company’s settlement, or they may decline the offer and sue the company on their own.

If you choose the buy-back, VW is required to pay you the clean trade-in value from before the scandal became public in September 2015. Prior owners will get half the amount of current VW owners, and those who leased a Volkswagen will also be compensated.

VW is still in talks as to whether or not it will offer to buy back larger 3.0-litre engines that are in Porsches, Audis and VW cars and SUVs.

If you have a legal question, please consult our Online Legal Directory to find an attorney in your area.