How Far Would You Go to Save Your Child? 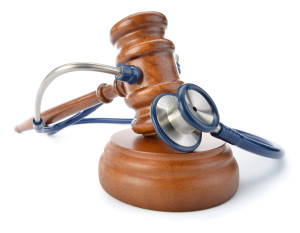 Of course you would do most anything to save the life of your child. One woman is fighting the government to save her daughter, Jordan.

One of Doreen Gummoe’s twin daughters was born with Francini anemia, a rare inherited blood disorder that destroys bone marrow and increases the chance for developing cancer. Sure enough, when Jordan was 14, doctors found preleukemia cells in her blood. Without a bone marrow transplant, she would not live much longer.

Siblings are usually the best donor match, but neither of her brothers was a match, and two other sisters were born with the same blood disorder. Doreen was devastated as Jordan was put on the national registry awaiting a match for a transplant.

One high-profile case is that of Texas A&M head football coach, Jimbo Fisher. His son was born with Francini anemia, and he is also on the waiting list for a bone marrow transplant. Fisher and his family have raised millions of dollars through their foundation set up in his son’s honor, and to hopefully help them find a donor match.

Gummoe decided not to sit back and wait. She is the lead plaintiff in a lawsuit filed against the U.S. attorney general to challenge the 1984 National Organ Transplant Act. The act makes it illegal to buy or sell organs, including bone marrow.

“If there were compensation for bone marrow donors, that might put more people in the registry,” Gummoe says.

While it is legal to pay for blood, sperm, and eggs, bone marrow is lumped in with solid organs like hearts and kidneys. This is something the lawsuit seeks to change.

The government has responded by saying, “the statute plainly classifies bone marrow as an organ for which compensation is prohibited.”

Should it be legal to pay donors for bone marrow?