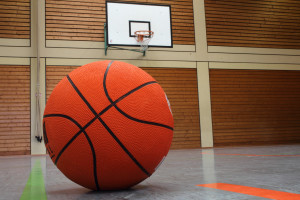 The girls’ basketball coach at a California high school is suspended for scoring too many points! As unbelievable as it may seem, you read it right.

After the NCAA football championship game, people were mad at Urban Meyer for putting extra points on the board after the game was well in hand. He took a lot of heat – but can you imagine someone calling for his suspension?

What, you may ask, did he do? According to Coach Anderson, he did nothing wrong. His team did, however, put a whipping on the other team with a final score of 161-2!

Anderson said he wasn’t trying to run up the score or embarrass the other team. Matter of fact, his team had won their four previous games by margins of at least 70-points.

“The game just got away from me,” Anderson told a local newspaper. “I didn’t play any starters in the second half. I didn’t expect them to be that bad,” he said. He says if he had it to do again, he’d have played only reserves after the first quarter, or he wouldn’t have played the game at all.

In the first game without their coach, the girls won 80-19. They have one more game to play without Coach Anderson as he sits out his second game.

All of this in a time when everyone is supposed to get a trophy, so actual competition is beside the point, or so it would seem to some people.

What do you think – is this totally ridiculous?