General Motors Scores Another One Against Consumers 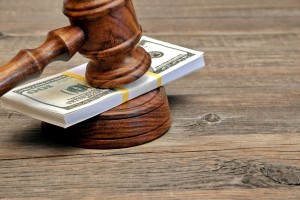 We all remember that General Motors was the American carmaker that accepted big bailout money during the 2008 financial disaster. In fact, they are now often referred to as “Government Motors” for having done so.

Then in 2009, they filed bankruptcy; the taxpayers would never see any of the bailout money repaid. But something else also has happened because of the bailout – consumers who have claims against the company that date pre-2009, now may have no recourse.

A Manhattan bankruptcy judge ruled this week that General Motors Co. is protected by its 2009 filing from being held liable for any claims that arose prior to that date.

The decision is expected to affect primarily consumers claiming economic loss due to diminished market value from faulty ignition switches. The claim centers on older vehicles in which the faulty switch cuts power to brakes, steering and airbags.

Just last year, GM recalled more than 2.5 million with the faulty switch, and later issued a series of additional recalls for other safety issues.

A separate fund has been established by GM to compensate injury and death claims. However, some personal injury claims are blocked by this latest ruling.

The ignition-switch defect has been blamed for more than 200 deaths and serious injuries. In the lawsuits, plaintiffs claimed that GM violated their constitutional rights by failing to disclose the defects.

The bankruptcy ruling, in essence, allows GM to say ‘too bad-so sad’ but you can’t hold us responsible for problems with the cars we built and sold to you.

The decision by U. S. Bankruptcy Judge Robert Gerber means that GM may avoid potentially billions of dollars in liability as well as the cost of defending those lawsuits, leaving consumers with no recourse.

Plaintiffs’ attorney, Bob Hilliard puts it about as well as you can, “This ruling padlocks the courthouse doors. Hundreds of victims and their families will go to bed tonight forever deprived of justice. GM, bathing in billions, may now turn its back on the dead and injured, worry free.”