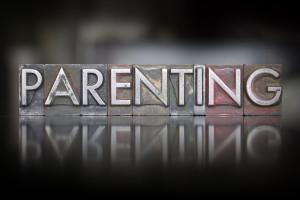 When many of us were growing up, it was still safe to walk a mile down the road to play with friends; now, not so much. It would seem that it is not safe to let your children do a lot of the things that we all used to do. The world is a tough place; you may think twice these days before dropping your 8th grader at the mall for a few hours.

So the idea of raising “free-range” children took me by surprise. Two well-educated Maryland parents are raising free-rangers, or at least they were trying to until Montgomery County, Maryland Child Protective Services got involved.

Danielle and Alexander Meitiv, a climate-science consultant and a physicist respectively, claim that their 10 and 6-year old children have proven themselves responsible. They say that is what they’re trying to teach the children – to be independent and responsible.

The children may indeed be mature for their little ages, but back in December they were stopped by concerned police halfway through their one-mile walk home from a local park. Apparently, the children that day were not wearing their laminated cards that read, “I am not lost. I am a free-range kid.”

A CPS representative declined to comment on this case, specifically, but referred instead to the Maryland State law. The law says that children younger than 8-years old must be left with someone over the age of 13. The law applies to dwellings, enclosures and vehicles.

Mrs. Meitiv says she thinks the world is a safer place these days, and that she wants to give her children an old-fashioned childhood like she had.

Mr. Meitiv says he’s angry because, “We feel we’re being bullied into a point of view about child-rearing that we strongly disagree with.”

“Free-range” parenting is apparently a counterpoint to the hyper-vigilance of “helicopter” parenting.

What do you think about this “free-range” parenting idea? Can you teach children self-reliance without potentially endangering their lives?