Does Auto-Pilot Absolve a Drunk Driver? 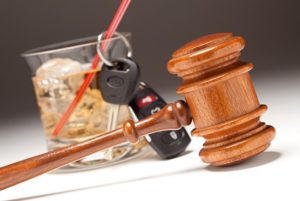 Would you trust your safety to a car manufacturer’s auto-pilot?

A Tesla driver was recently arrested by California State Troopers when he was found passed out in his car on the San Francisco Bridge. The driver’s blood alcohol content was twice the legal limit in California.

The driver told the Highway Patrol that he was not to blame because he had set his car on auto-pilot. The cops did not listen to him, of course, and he was arrested and his car was towed to impound. But, with all of the talk about driverless cars and auto-pilot features, is this something authorities are going to face in the future?

Tesla did not confirm that this particular driver had engaged the auto-pilot on his car. However, such records have been used in legal cases in past accident investigations. The auto-pilot system is designed to alert a driver if it detects a hazardous situation. If the driver does not stop the automobile, the system is designed to shut down the car.

Tesla is very clear that their auto-pilot system is to be operated by a fully alert and aware adult; though not everyone apparently takes the company’s advice. A fatal crash last year involved a car with auto-pilot, although it was not determined that the system was at fault.

In a second accident this week, auto-pilot is also an issue. The Tesla car crashed into the back of a fire truck, and the driver of that car says he was using auto-pilot at the time of the crash. There were no injuries in either of these accidents, so they most likely will not be investigated further.

In the fatal crash, Tesla says that the car’s cameras didn’t recognize a white truck against a bright sky. Well, that is a scary thought, and one you might keep in mind if you’re planning on buying a car with an auto-pilot system.