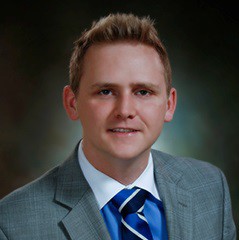 Aaron Wayt focuses on defending those charged with Driving Under the Influence (DUI) in Leon County, FL and surrounding areas of the Florida Panhandle. He is a current member of the Florida Association of Criminal Defense Lawyers as well as the National College for DUI Defense.

Aaron has not only handled hundreds of cases, but has conducted over 50 trials since August of 2009 ranging from Attempted Second Degree Murder to Trespassing with the majority of the trials being Driving Under the Influence.

He has also been trained on the operation of the Intoxilyzer 8000, the approved breath test machine in Florida, by a former law enforcement officer and certified breath test operator as well as attended a 24-hour Breath Test Operator’s Course that focused on the science and technology behind the Intoxilyzer 8000 with intensive hands on training. In April 2011, he attended the 3-day seminar, “Mastering Scientific Evidence,” put on by the National College for DUI Defense and the Texas Criminal Defense Lawyers Association which focused on blood and breath testing in Driving Under the Influence (DUI) cases.

Aaron has also had advanced training on gas chromatography by the American Chemical Society. This is the primary method by which blood and urine are analyzed by crime laboratories across the nation. He is a graduate of Forensic Chromatography VIII which took place at Axion Labs in Chicago, IL which allowed him to gain hands-on experience of the intricate blood and urine testing process in criminal cases.

In 2011 Aaron attended a course on DUI Detection & Standardized Field Sobriety Testing taught by a former law enforcement officer. This is the same 24-hour course that law enforcement officers take and it is recognized by the National Highway Traffic Safety Administration. This course gave Attorney Wayt insight and training on how police officers conduct a DUI Investigation from the moment they suspect a driver is impaired until the arrest decision.

Additionally, he has been recognized by the Florida State University College of Law with the Outstanding Pro Bono Service Award for providing over 500 hours of community service to the Leon County Public Defender’s Office.

Aaron has resided in Tallahassee since 2004 and is originally from Orlando, Florida.