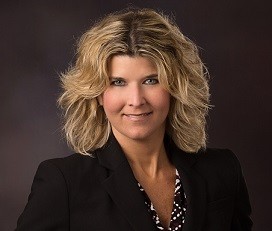 Amy K. Tanner concentrates her law practice in the area of consumer bankruptcy law in the Huntsville and Decatur offices of the firm and is a shareholder in several of the Bond and Botes, P.C. offices located throughout the southeast. Amy was born and raised in Montgomery, Alabama. She received her Bachelor of Science Degree in Criminal Justice from Auburn University at Montgomery in 1994. Amy then went on to attend Jones School of Law while working full time and she was awarded her Juris Doctorate degree in December 1998. On April 30, 1999, she was admitted to the Alabama State Bar and has practiced with the Bond and Botes firm since 1999. She is currently admitted to practice in both the Northern and Middle Districts of Alabama.

Amy has been a member of the National Association of Consumer Bankruptcy Attorneys (NACBA) since 2004. In 2012, Amy was selected by the NACBA executive board to serve as the Alabama State Chair for all consumer bankruptcy attorneys in Alabama. As the Alabama Chair for NACBA, Mrs. Tanner serves as a liaison between NACBA and attorneys, bankruptcy judges and other court officials, as well as serving as a primary contact for local media regarding consumer bankruptcy issues.

Amy has been a featured speaker at the People’s Law School in Huntsville, Alabama for the past several years. This local program is recorded and airs on local access television channels throughout the State. In addition, Amy has been a speaker at several seminars sponsored by the local bar association.