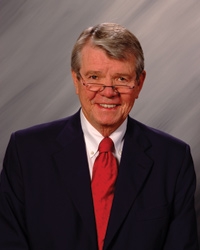 W. CARL REYNOLDS was born in Atlanta, Georgia and reared in Cordele, Georgia. He attended the University of Georgia for two years, took his B.A. degree from Mercer University, and holds an M.B.A. degree from Georgia College. He received his Juris Doctor degree from Mercer University in 1966. Mr. Reynolds had received a United States Army commission in 1964, but his military duty was deferred while he completed law school. Upon graduation in 1966 he reported for active duty as a first lieutenant in the infantry division and served until the end of 1968. When he returned from active duty, he was admitted to the Georgia and Florida Bars in 1969.

PROFESSIONAL: Mr. Reynolds is admitted to the Georgia and Florida Bars, is a member of the Macon and American Bar Associations, Georgia Trial Lawyers Association (Life Member, Past Vice President), American Association for Justice, American Judicature Society, and is senior partner in the firm of Reynolds, Horne & Survant, with its main office in Macon, Georgia. Georgia trial lawyers voted him “Georgia Trial Lawyer of the Year” in 1999 through the American Board of Trial Advocates. Mr. Reynolds holds an AV rating with Martindale-Hubbell, and has been listed in Martindale-Hubbell’s Bar Register of Preeminent Lawyers from 1991 through 2002.

Mr. Reynolds has served as a guest speaker at many continuing legal education and organizational functions. In recent years, his speaking engagements have included such topics as punitive damages, trial preparation techniques, and case evaluation strategies.

Over the last ten years, Mr. Reynolds has continued an active trial practice as a civil litigator, but has narrowed the scope of that practice significantly. His practice is now limited to medical negligence, products liability (injuries caused by unsafe or defective products), personal injury and wrongful death litigation (lawsuits to recover money for accidents leading to serious injury or death), and he has developed a national reputation for excellence in these areas. During the last fifteen years, he has achieved verdicts and settlements in excess of $135,000,000.00 on behalf of his clients.