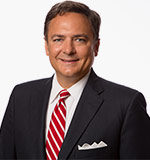 Zeb Little was born and raised in Cullman, Alabama. After graduating from Cullman High School in 1986, he attended Auburn University. He later received a Bachelor of Arts degree from the University of Alabama at Birmingham and a Juris Doctorate degree from the Cumberland School of Law of Samford University. While a law student, Mr. Little was selected to represent Cumberland in the American Trial Lawyers Association national trial competition and was elected President of his class.

Mr. Little has devoted his legal career to representing victims, both individuals and businesses, who have suffered injuries or damages due to the negligence or other wrongful conduct of others, or from defective products. He practices in the areas of personal injury, product liability, premises liability consumer and insurance fraud and bad faith, and general civil trial work.

Mr. Little has also served in state government. At the age of thirty, he was elected to the Alabama State Senate from District 4 in 1998. He defeated a three term incumbent senator. In 2002, Mr. Little was challenged by former Governor Guy Hunt. He was re-elected while receiving over 62% of the total vote and winning every voting precinct except for three. In 2004, Mr. Little was elected to serve as Senate Majority Leader—the youngest person ever to serve in that position. He was again re-elected in 2006.

Mr. Little is licensed to practice before the United States Eleventh Circuit Court of Appeals, the United States District Courts for the Northern and Middle Districts of Alabama, and all state trial and appellate courts in Alabama.