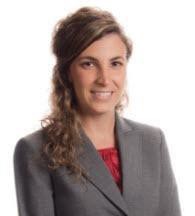 Robyn grew up in Florence, Alabama, and graduated from Central High School. Robyn then attended Auburn University where she was a Dean’s List student and earned a Bachelor of Science in Poultry Science. Upon graduation from Auburn University in 2007, Robyn worked as a Human Resources Management Trainee for Pilgrim’s Pride Corporation in Athens, Alabama.

Robyn then attended law school at Faulkner University, Thomas Good Jones School of Law where she graduated summa cum laude as Walter J. Knabe Scholarship recipient in 2011. Robyn was named to the Dean’s List each semester of law school, earned eight top grade awards, and was named as a Public Interest Fellow. While in law school, Robyn served as the Executive Editor of the Faulkner Law Review, as a Board Member of the Board of Advocates, and as a Senior Member of the Women’s Legal Society. During her second and third years of law school, Robyn worked as a Legal Research Assistant to Professor Chad Emerson. Robyn also worked as a law clerk for the Alabama Attorney General’s Office in both the Opinions Division and the General Civil/Administrative Division. In her third year of law school, Robyn had the privilege of serving the Honorable W. Keith Watkins of the United States District Court for the Middle District of Alabama as a legal extern.