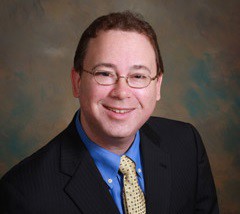 David H. Abrams received his law degree from City University of New York School of Law. He also holds a Bachelor of Arts degree in psychology from Florida State University and an Associate of Science degree in Nursing from Tallahassee Community College. He is a member of the Florida Bar and has been admitted to practice before all Florida State Courts, The United States District Court for the Northern District of Florida and the United States Bankruptcy Court for the Northern District of Florida. He is a member of the Tallahassee Bar Association, the National Association of Consumer Advocates, and the American Bar Association.

He is a graduate of the Florida Defender College and has undertaken advanced training regarding consumer rights litigation. His litigation experience includes individual and class action claims in both State and Federal Courts. In addition to his legal credentials he holds an active license as a Registered Nurse in the State of Florida. He is married to Dr. Barbara Demby Abrams, a Pediatrician and attorney.

In addition to his legal advocacy, David is active in a variety of community service organizations such as the Tallahassee Rotary. In his spare time he enjoys playing and studying music, aviation, and studying legal theory.