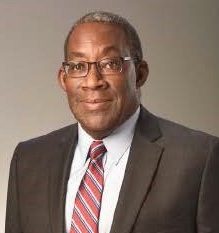 Mr. Tarver received a B.A. in Political Science from Augusta College (presently Augusta University) in 1981. After obtaining his B.A., he entered the United States Army and served for seven years as a Field Artillery Officer attaining the rank of Captain. Mr. Tarver then attended the University of Georgia School of Law, where he earned his J.D. degree in 1991. Following graduation he served as a judicial law clerk to the Honorable Dudley H. Bowen, Jr., former Chief Judge of the U.S. District Court, Southern District of Georgia.  Mr. Tarver practiced law in Augusta from 1992 until receiving his presidential appointment in 2009.

In 2005, Mr. Tarver was elected to the Georgia General Assembly representing State Senate District 22.  As a Georgia State Senator, he held the position of Secretary of the Banking and Financial Institutions Committee and served on the Appropriations, Economic Development, Government Oversight, Military Affairs and Special Judiciary Committees.  Mr. Tarver also served on the Criminal Justice, Judicial and Public Safety Subcommittees to Appropriations, and on the Joint Economic Development Subcommittee of Regulatory Reform. He was reelected in 2006 and again in 2008.

Mr. Tarver also served on the Court Advisory Committee for the U.S. District Court, Southern District of Georgia. He is an active member of the State Bar of Georgia as well as the Augusta and Savannah Bar Associations.

Mr. Tarver currently serves on the Board of Directors of the First Community Corporation and the First Community Bank.  Previously, Mr. Tarver served as a Director on the Boards of Pro Assurance (formerly Georgia Lawyers Insurance Company), Southeastern Natural Sciences Academy, Trinity Hospital of Augusta (Advisory) and the Georgia Chamber of Commerce.  He is the recipient of the 1995 Alvin W. Vogtle Volunteer of the Year Award, the 1996 Fran Upton Volunteer Award (Easter Seals) and the 2002 Leadership Augusta Community Service Award.  He is also an active member of the Psi Omega Chapter of the Omega Psi Phi Fraternity Inc. and the Alpha Mu Boulé of the Sigma Pi Phi Fraternity, where he serves as chairman of the Isiah and Justine Washington Scholarship Foundation.  Mr. Tarver earned the 100 Black Men of Augusta 2007 Outstanding Community Service Award, and was honored by Augusta State University as the recipient of the 2007 Golden Key Award.  He was named the 2008 Citizen of the Year by the National Association of University Women (Augusta Chapter), and was a recipient of the 2011 Distinguished Alumnus Award from Augusta State University.

Mr. Tarver is married to Carol and they have four children.