Did You Ask Santa for a Hoverboard? 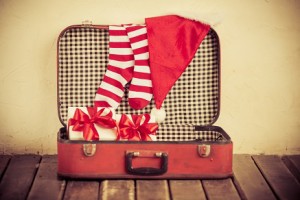 Hoverboards are one of this year’s most in-demand Christmas gifts. There have been countless reports of the gadgets blowing up and catching fire, and that has prompted three major airlines to ban them from their flights.

If you plan on taking one to a loved one as a gift, or if you want to take your own along for some fun, you won’t be able to do it if you fly Delta, American or United. All three airlines have banned hoverboards; you can’t check them or take them with your carry-on luggage.

Costing from $200-$2000, customers are complaining that that the boards, which are actually propelled by 2 wheels, are prone to catching fire. And in fact, dozens of users have filmed the devices catching fire and even blowing up.

Southwest Airlines is still allowing passengers to carry the devices on board, but that may soon change as the airlines says the company is still ‘discussing the problem’.

Some smaller airlines have already banned the devices, while United says its ban is effective immediately. Delta’s and American’s bans are effective as of this weekend. This is not good news for the many fliers who have the item as a gift and were planning to take it with them on their flights.

The good news, if you’re a fan of the hoverboard, is that the more expensive, better-made ones have special circuits that prevent the batteries from over-heating or being overcharged. The cheaper ones, usually made in China, do not have these additional safety systems.

The bad news: if you were planning on taking your hoverboard home for Christmas – you won’t be taking it if your travels include an airline flight.