Christmas Decorations and the Court 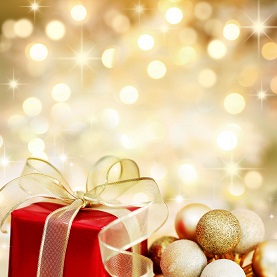 Say it isn’t so. In Plantation, Florida, a family is facing an order from the city to cut back on their Christmas decorations. It may be a bit understandable when you hear what this family uses to “Deck the Halls”!

Beginning the day after Thanksgiving, Kathy and Mark Hyatt and their two children begin the decorating, which includes: more than 200-thousand lights, a 20-foot Ferris wheel, a 20-foot inflatable movie screen that shows Disney movies on a loop, a giant Nativity scene, gingerbread men, Santa’s workshop – and more. All of this is exhibited on their one acre property.

The Christmas spectacular draws thousands of visitors every year, and some of the neighbors actually move temporarily to avoid the five weeks of chaos. The Hyatts live on a cul-de-sac, which they share with seven other large homes.

The city fathers are primarily concerned with safety because there is no available parking on the cul-de-sac, and the street is two lanes with no cross walk and dim lighting. It has been a nightmare for the police of Plantation. They have paid overtime for officers to monitor the area, where they’ve tried to create a safe zone, but the whole thing has gotten out of hand.

So, the city filed a complaint in circuit court. It claims that the display’s carnival-like atmosphere is a public nuisance that causes a public safety threat. The complaint asks the court to order the Hyatts “to refrain from promoting, erecting, and operating a holiday display at their residence of a nature extravagance, or size that attracts large numbers of the public.”

The court ruled that the display did not endanger the public. The judge ruled further that the traffic congestion “was being exacerbated by the City and the City’s safety zones, not the Hyatts.”

To celebrate, this year the Hyatts are adding more lights and reindeer stables for Santa’s fleet. What do you think? If you were a neighbor would you want this display next door to you?