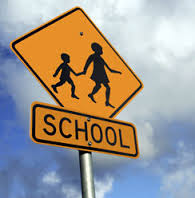 A chemistry lab experiment gone wrong has sent two students and a teacher to the hospital. The incident could have happened at any school that offers lab classes to its students, but this one happened in Pennsylvania. And now, one of the student’s mothers is suing the school.

Karen Green, the mother of one of the students, is suing the Mount Carmel Area School District for $2.25 million after her daughter received severe burns on her leg. Green is accusing the school district of negligence.

The lawsuit alleges that the school ignored guidelines used by national organizations to avoid using methanol-based flame tests in open laboratory desks. All three victims, including Karen’s daughter, were treated at the hospital for second degree burns.

The school is accused of failing to take proper precautions that would have shielded the students from such burns. However, schools Superintendent, Bernard Stellar, claims that all precautions were followed. The teacher also is denying any responsibility saying that all protocols were followed.

Court records claim that the teacher, who was wearing goggles, attempted to light methanol that had been placed into a container. When the methanol failed to ignite, she poured more of the liquid into the container. The second attempt to ignite allegedly caused the explosion.

The force of that blast caused the container to tip over spilling the hot liquid onto the two students and their desk. The suit also alleges that the fire blanket, used for such emergencies, was in a storage container and could not be found at the time.

Green says that her daughter is permanently scarred, and that she also suffers with post- traumatic stress, anxiety and depression.

This begs the question: how safe is your child while at school? Karen Green found out that her daughter was not as safe as she had thought.