Are You Responsible for Your Dogs’ Actions? 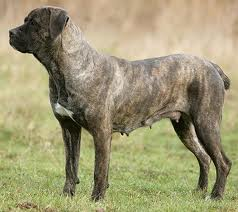 If you’re the owner of an aggressive dog breed, or simply an aggressive dog, are you liable if the dog hurts or kills someone else? Even when you have taken all precautions, you may still be held legally responsible.

A Michigan couple now faces 2nd degree murder charges, and if convicted, could receive sentences of life in prison. They may also be charged with the lesser crime of harboring a dangerous animal.

According to press reports, the dogs are a breed known as Cane Corsos, an Italian breed whose Italian name translates to “guardian” or “protector”. The pair allegedly killed a jogger last month.

Michigan prosecutors apparently decided to pursue the unusual criminal case because two neighbors had been bitten by the dogs only a short time before the 46-year old jogger was mauled to death. Neighbors say they had started arming themselves against the two canines before leaving their homes.

Although the dogs were kept in a chain-link fence, they could dig and tunnel beneath the fencing. After the jogger’s death, police found a gap under the fence through which the dogs may have escaped.

Craig Sytsma had apparently only jogged about a mile when the two 100-pound dogs chased him down, dragged him into a ditch and began biting him multiple times. He was attacked on his arms, his chest and back, his buttocks and thighs.

Witnesses say Sytsma knew he was dying as he lay in the ditch with neighbors trying to help him. One neighbor used a belt as a tourniquet, and said the dogs came out of the woods to begin attacking again; the neighbor had to back off of helping the jogger until the dogs were taken away.

The dogs’ owners apparently knew about their aggressiveness and vets had warned them that the dogs were dangerous according to reports.

The dogs have been put down. The couple remains in a Michigan jail in lieu of $500,000 bail.