Are Laws for Everyone but Legislators? 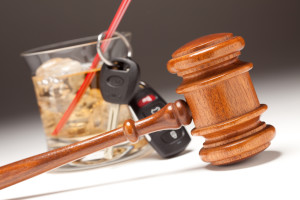 A Kentucky State Senator apparently thinks the laws don’t apply to him while the legislature is in session.

The Eastern Kentucky lawmaker is using the state constitution and legislative immunity to defend himself. Senator Brandon Smith was arrested for drinking and driving near Frankfort, Kentucky on January 6th, the first day of the Kentucky legislative session.

Smith’s attorney is arguing that lawmakers are immune from arrest during the legislative session, and has asked that the case be dismissed. The outcome may depend upon the interpretation of the Kentucky Constitution.

Police say that on January 6th, Smith was pulled over for speeding; when they smelled alcohol on his breath, he was arrested and charged with a misdemeanor. Senator Smith had been at the legislative session that day, but when he was pulled over, he was driving from a friend’s house. So, if the immunity even exists – should it apply in this case?

I’ve never heard of legislators being above the law, nor anyone else for that matter. But University of Kentucky Political Science Professor, Peter Voss, says that the immunity stems from history, when clashes between the crown and parliament occurred.

But wait – haven’t those days long passed? Isn’t that why we went through wars and much more – to be rid of crown and parliament?

Assistant Franklin County Attorney, David Garnett, says, “The people who wrote the [state] constitution in 1891 did not intend to give blanket immunity to all legislators for any acts committed during the legislative session.” And he added, “Nobody is above the law.”

Smith’s attorney says that in addition to the motion to dismiss, the case should be dropped because his client was not given a working phone to call his attorney. It is noted that Senator Smith did not refuse a breathalyzer test when he was pulled over.

Smith’s arraignment is set for February 12th, at which time a judge will decide the future of the case.

Sometimes it seems as though politicians think they’re above the law, but are they? Should they be exempt from following the laws that were written for everyone?