A Girl, a Pinch and Legal Issues 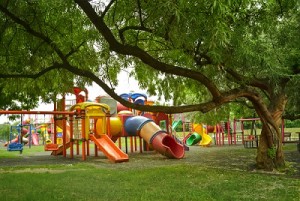 This is a case where some playground mischief has gotten way out of hand; or at least the way in which it is being handled.

A 12-year old Florida girl has been arrested and is facing legal charges for pinching a boy on the bottom. How, you may ask, has this turned into the arrest of a 12-year old girl? The boy’s mother demanded that the girl be arrested.

Breana Evans says she thought the pinch was just a joke. According to the girl, it is a game that a lot of people play and is meant to be entirely harmless. Apparently, the joke at Milwee Middle School is pinching someone, and then watching their reaction to being pinched. No harm, no foul – right?

It turned serious when the boy’s mother reported the incident to the sheriff’s department and told deputies that she wants Breana prosecuted for battery. The girl now faces a misdemeanor charge. Breana says she is sorry and she never thought this would happen.

The initial incident happened a few weeks ago, and according to reports, the boy told a school official that he did not want to make a big deal of it. Breana admitted she doesn’t know the boy, and she has been suspended from school. After being arrested, she was booked into the county’s juvenile detention center.

Breana’s father, Ray Evans, had this to say, “I’m sorry my kid touched your kid but I’m sorry…because you need some help, I think. You’re too overprotective…”  Evans also says he thinks the boy’s mother is overreacting.

This all sounds like a ridiculous waste of time and resources for Seminole County officials. The state attorney says that if Breana completes a diversion program and does community service and passes all the drug tests, the charge will be dismissed and her record will be clear.

What do you think about this? Is this serious enough to involve the police or is it just kids being kids?